THE HISTORY OF H.P. HERCULES

RELIABLE AND ROBUST LUXURY WATCHES MADE BY HENZI & PFAFF

Learn how Hercules conveyed luxury into strength and resistance by putting their watch to the ultimate test.

It took three years to create a bespoke, unique movement especially made for Hercules. Fully developed and made in the Swiss Jura mountains. A 24-carat gold plated rotor winds the movement while wearing the watch.

The position of the rotor makes it possible to place the anti-reflective coated sapphire caseback very close to the movement. It looks like you can almost touch it. Through the caseback you can see the engraved height lines of the Nanga Parbat mountains. All are filled with Swiss BGW9 SuperLuminova, creating a magical effect in the dark.

After being assembled by hand, the movement is tested by the Contrôle officiel suisse des Chronomètres (COSC) to guarantee top-level accuracy and performance. The extra-large barrel and mainspring ensure a long power reserve of more than 70 hours. 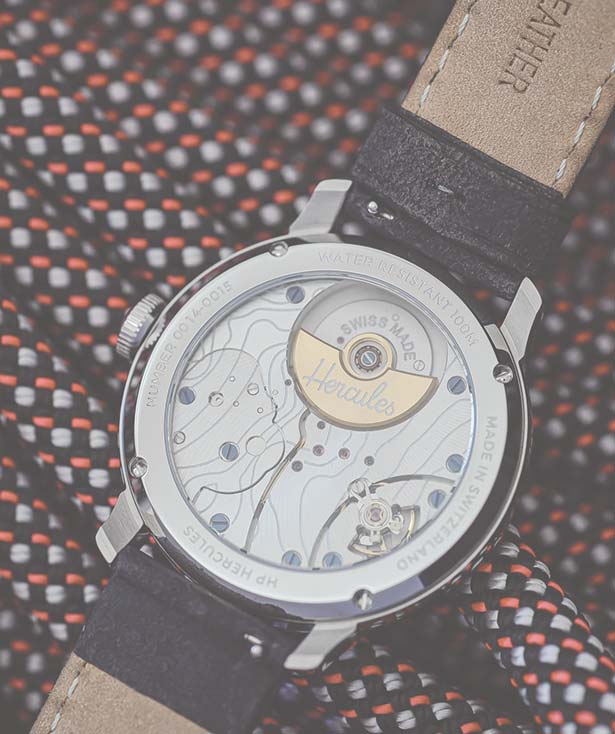 ASSEMBLED BY HAND FOR YOU

A LUXURY TIMEPIECE WITH ALPINIST VIBES

In 1953, an Austrian mountaineer called Hermann Buhl became the first one to reach the top of the Nanga Parbat (8’126M). 31 Men tried to do this before him but didn’t return, which gave the Nanga Parbat the nickname “Killer Mountain”.  Hermann and the entire expedition crew were equipped with Hercules timepieces made by the watchmaking atelier Henzi & Pfaff. The watches proved to be reliable, robust, and precise timekeepers during their adventure. After none of the experimental clocks failed, Henzi & Pfaff successfully placed the proven reliability under extreme weather conditions at the center of its advertising. This was reinforced by the presence of the distinctive brand Hercules, which conveyed strength and resistance. The successful ascent and the worldwide attention of the expedition were marketed effectively by Henzi & Pfaff. As a result, Henzi & Pfaff equipped further expeditions with watches and thus developed the image of a reliable, robust and at the same time sporty watch. 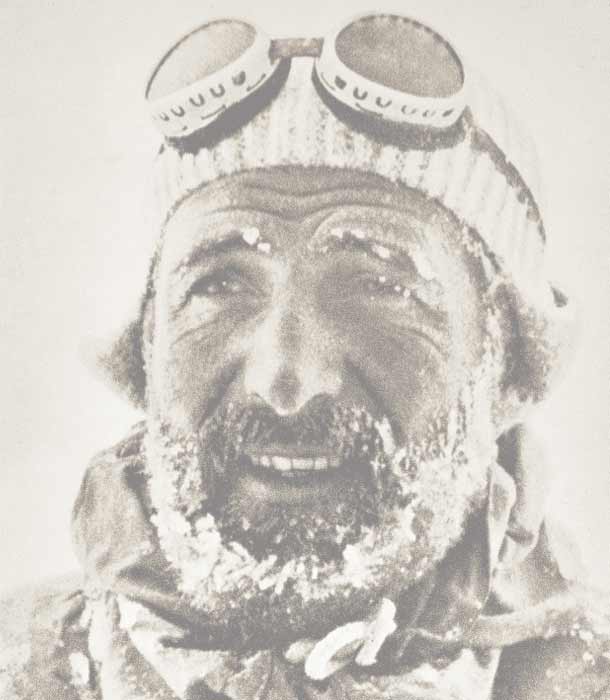 the most complete and advanced mountaineer of his time

(21 September 1924 – 27 June 1957) Hermann was an Austrian mountaineer and is considered one of the best climbers of all time. He was particularly innovative in applying Alpine style climbing to Himalayan climbing. 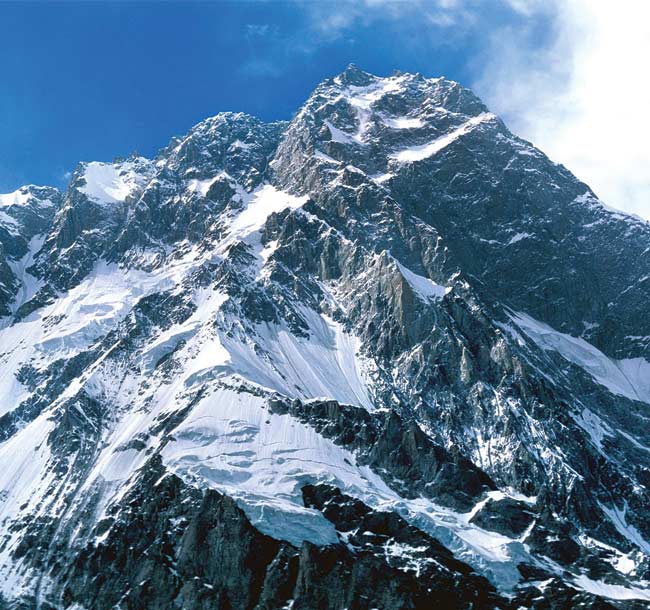 1953 First ascent of Nanga Parbat, 8126 m (26,660 ft) (solo and without bottled oxygen). On the way back from the summit he was forced to stand erect on a rock ledge for the entire night at 8000 m altitude, in order to survive until the following morning.

Before his successful Nanga Parbat expedition, 31 people had died trying to make the first ascent.

Buhl is the only mountaineer to have made the first ascent of an eight-thousander solo. His climbing partner, Otto Kempter, was too slow in joining the ascent, so Buhl struck off alone. He returned 41 hours later, having barely survived the arduous climb to the summit, 6.5 km (4 miles) distant from, and 1.2 km (4,000 feet) higher then, camp V.

Buhl can be considered a pioneer of Alpine style mountaineering in the Himalayas, a style defined by light-weight expedition gear, little to no fixed ropes and the relinquishing of bottled oxygen.

There is also a book written about the adventure of Hermann Buhl climbing the mountain.
In 1953 Hermann Buhl made the first ascent of Nanga Parbat – the ninth-highest mountain in the world, and the third 8,000-metre peak to be climbed, following Annapurna and Everest. It was one of the most incredible and committed climbs ever made. Continuing alone and without supplementary oxygen, Buhl made a dash for the summit after his partners turned back. On a mountain that had claimed thirty-one lives, an exhausted Buhl waded through deep snow and climbed over technical ground to reach the summit, driven on by an ‘irresistible urge’. After a night spent standing on a small ledge at over 8,000 metres, Buhl returned forty-one hours later, exhausted and at the very limit of his endurance.Written shortly after Buhl’s return from the mountain, Nanga Parbat Pilgrimage is a classic of mountaineering literature that has inspired thousands of climbers. It follows Buhl’s inexorable rise from rock climber to alpinist to mountaineer, until, almost inevitably, he makes his phenomenal Nanga Parbat climb. Buhl’s book, and ascent, reminded everyone that, while the mountains could never be conquered, they could be climbed with sufficient enthusiasm, spirit and dedication.

On the big screen

Rent or buy this movie 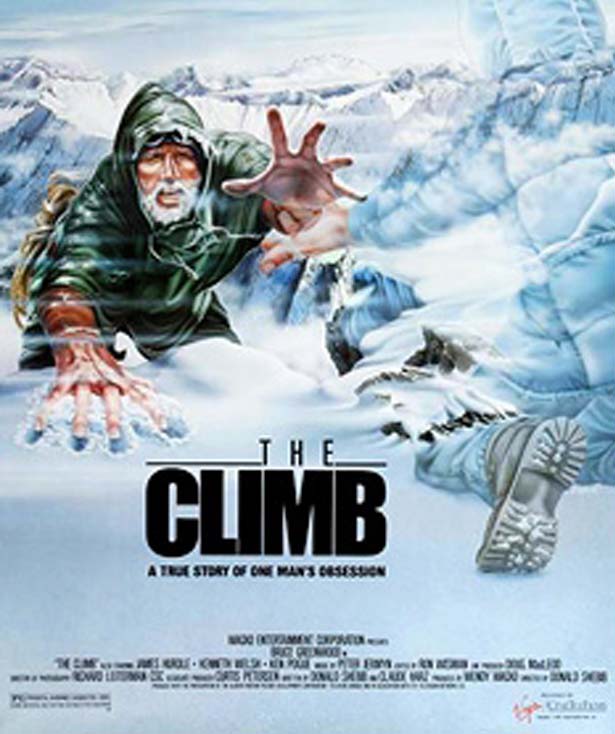 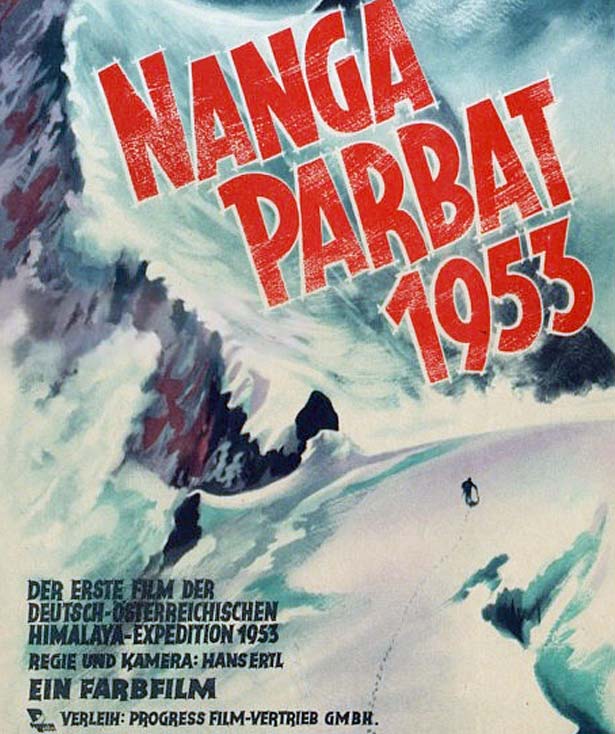 This movie is a documentary directed by Hans Ertl (1908–2000). He was a mountaineer and was considered one of the best cameramen of his time. He specialized in mountain, sports, and expedition films. In this role, he accompanied the expedition to Nanga Parbat.

He was part of the expedition on the mountain, so all the footage is real-life footage from the climb, making it even more precise. The coolest thing is that you can see the expedition members wearing the Hercules Watches! The movie was broadcasted on German national television on the 17th of June 1969. At that time, the Henzi & Pfaff factory was still active and producing their watches.